Why we are doing things a little different in 2015 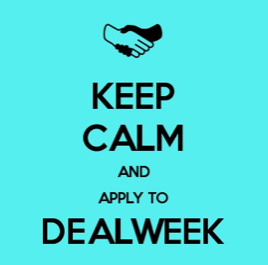 Yesterday we announced that we would be testing a new funding model in Cape Town this year. With nearly 4 Million USD deployed into 45 investments, through 5 accelerator programs, on the back of over 1500 startup applications, and 10’s of 1000’s of (wo)man-hours, we took a step back to see whether there was a better way to do this.

There were a few key goals that we had discussed many times, which we weren’t achieving under the current model. Getting investors – who had built successful businesses before – much more involved in the startups, attracting startups that were already past the first testing phase, but could use more cash and good mentors, and finally, being able to fund more startups every year.

Investors, especially those who are also entrepreneurs, are probably the most sought after by startups, but tend to not have a lot of time. Looking back we also found, that even when some of them got together to invest in one of our startups after the accelerator, they could end up spending months on term sheets, legal contracts, agreeing on a direction for the startup, etc.. So, we knew that whatever we did with them would have to be short enough to get them onboard, but exhaustive enough that all details of the deal could be completed while everyone was in the same room.

Then there were the startups that had applied in the past. While very early stage startups would probably still apply for a shorter sprint investment program, many startups who already had staff, paying customers, and operations to manage, had found it tough to commit to a full 3-months program, which also made a good case for a shorter “program”. We have also seen a demand in Africa for investors that can select and fund startups from $20k almost all the way up to an A-round. So, if we can get this model to work, we can potentially fund a lot more startups.

And then there was a time constraint involved in setting up, implementing, and wrapping up these 3-month programs. Sometimes we had barely come up for air after one program, before we began to start the engine up all over again. The 3-month program also demanded a near continuous staffing & training cycle and had relatively high budget requirements, which became harder to manage in between programs when there was less to do. Our options came down to either raising a much bigger fund or scaling back on the time and costs it takes to do an investment. When taking everything into consideration, the second option seemed like something we should at least test, and if it worked, we could end up putting more of ours, and our investors’ cash directly into startups.

We may lose some of benefits of the longer accelerator model, but given all the upsides we’ve mentioned here, we believe it’s worth a shot. So here goes the first test. Fingers crossed.